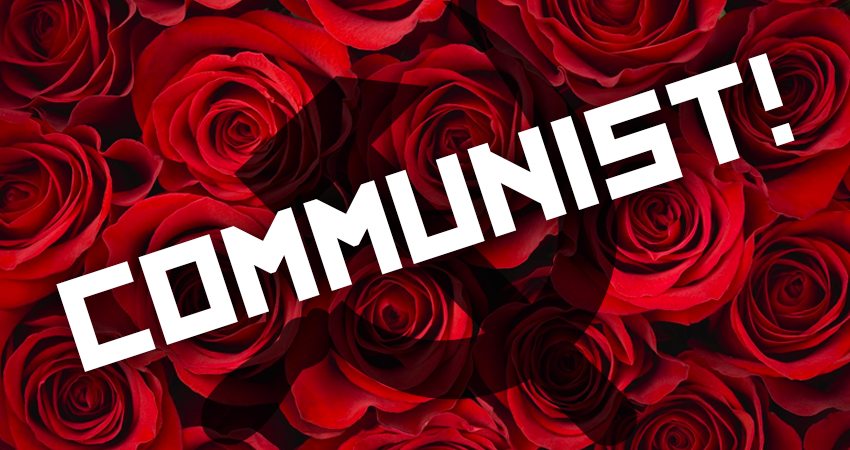 Did you know that the origin of Valentine’s Day comes from a red plot to weaken Western defenses on a predictable day, to aid with an invasion? It is not a coincidence that we are giving RED roses on this holiday!

It all started on the 14th of February, 1918 when the Soviet Union decided to adopt the Gregorian calendar. This ins’t a coincidence!

The Soviets said they changed their calendar as a show of good faith. And the only thing they asked in return was our commitment to celebrate one national holiday with them: the day of Valentine Rasputin.

On the day of Valentine Rasputin, Russians celebrate romance. Valentine was a Tsar who used romance to win the harts and minds of his people. He gave roses and presents to the poor and ordered the soldiers of the Red Army to hug the public.

But this day is made up by the communists, it is a big plot to attack our freedom!

The communist party used spies and propaganda to trick us into thinking that this day is real. And that giving roses to our loved ones is supposed to be romantic. By spending time with our loved ones we will be distracted and our defenses will be weakened. On Valentines’s Day soldiers are more focused on girls than on protecting our freedom.

In the Soviet Union this elaborate plan was soon dubbed ‘the revolution of the roses’. Communist party members started to put red roses on their uniforms to show their involvement in the upcoming invasion on Valentine’s Day. This symbol was later changed to a metal pin with a communist fist hidden within a red rose:

But this story is going to get much, much worse!! Because.. it is not true.

Look at the story above. There are no sources cited, it is a piece with only speculations and there is no proof to support the story.. in other words: it is fake news!

A lot of people are writing stories like ours to make money of advertisements (we are an ad free website and only want to teach you something about fake news). They use click-bait styled headlines to lure you to their website and don’t give a shit about the truth. A headline which is hard to believe, most likely isn’t true! So please be critical about the things you read on the internet. You can use this helpful pdf when you have doubts about an article.

Share this article to teach your friends a lesson as well!

Horrific! Can You See Why This Local Pedophile Got Exactly What He Deserved?