Horrific! Can You See Why This Local Pedophile Got Exactly What He Deserved? 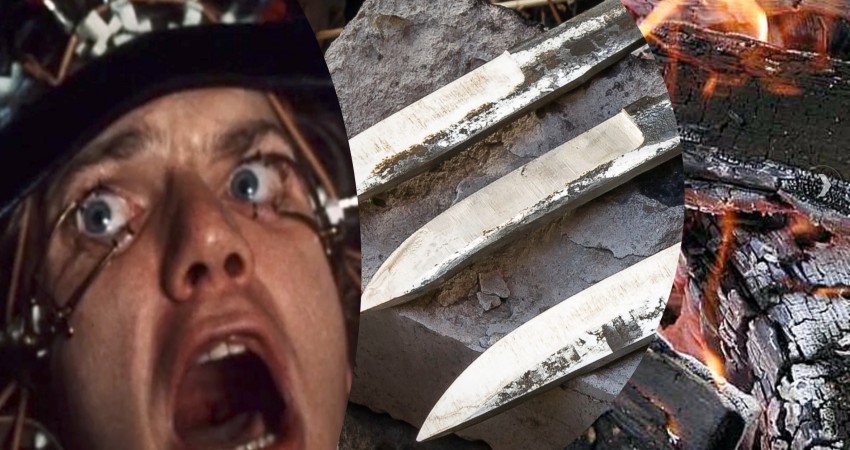 Pedophiles are universally hated.  When one is discovered in a local community tempers can run very high, very quickly.  Just reading or hearing about the attrocious acts perpetrated by these monsters can make your stomach churn even though you don’t know anything about the victims or perpetrators on a personal level.  A burning desire for justice takes over: such evil deeds should not go unpunished!

And that is exactly what many fake news websites are counting on: an angry reader is far less likely to check if something actually happened before hitting that “like”, “share” or “upvote” button out of a desire to see justice done.

This post is the perfect example: all it took to get you to click was the word “pedophile”, a screenshot from the 1971 movie “A Clockwork Orange” and two random stock photos of some knives and some white-hot embers.  Sorry to disappoint you but there is no “local pedophile” and nothing happened to him.

A “real” fake news website would now be bombarding you with various pop-up ads, banners and dodgy redirects insisting you just won in iPhone or that you should urgently install some software to fix your computer or get rid of a virus.  Fortunately you are visiting a fake fake news website that only wants to expose the truth behind the dirty tricks used by actual fake news sites.

Don’t believe this is a real tactic used by fake news websites?  Check out some lists of fake pedophile stories at fact checking websites Lead Stories, Snopes or That’s Nonsense.  You’ll see there are countless examples of false stories circulating online that were only written to make a quick buck from a gullible audience.

Note: we are not saying pedophiles aren’t real or that child prostitution and human trafficking of minors does not happen.  But you should get your news about it from people who actually check the facts and provide evidence, not from dodgy websites aiming to scam you and your online friends for advertising dollars via emotional tricks.

Now that you are in on the secret these scammers should have a much harder time tricking you with their made up stories.  Want to know another secret?  Everybody who replied to this post on social media or forums with a comment that says they “saw” something or that something was “seen” by someone is in on the truth.  All the other ones obviously didn’t read the article.

Want in?  Comment something like “I see now…” or “Man, I never expected to see that” or “More people should see this…” or “Bet he never saw that coming…”. But ssssh, don’t tell anyone: it is a secret after all!